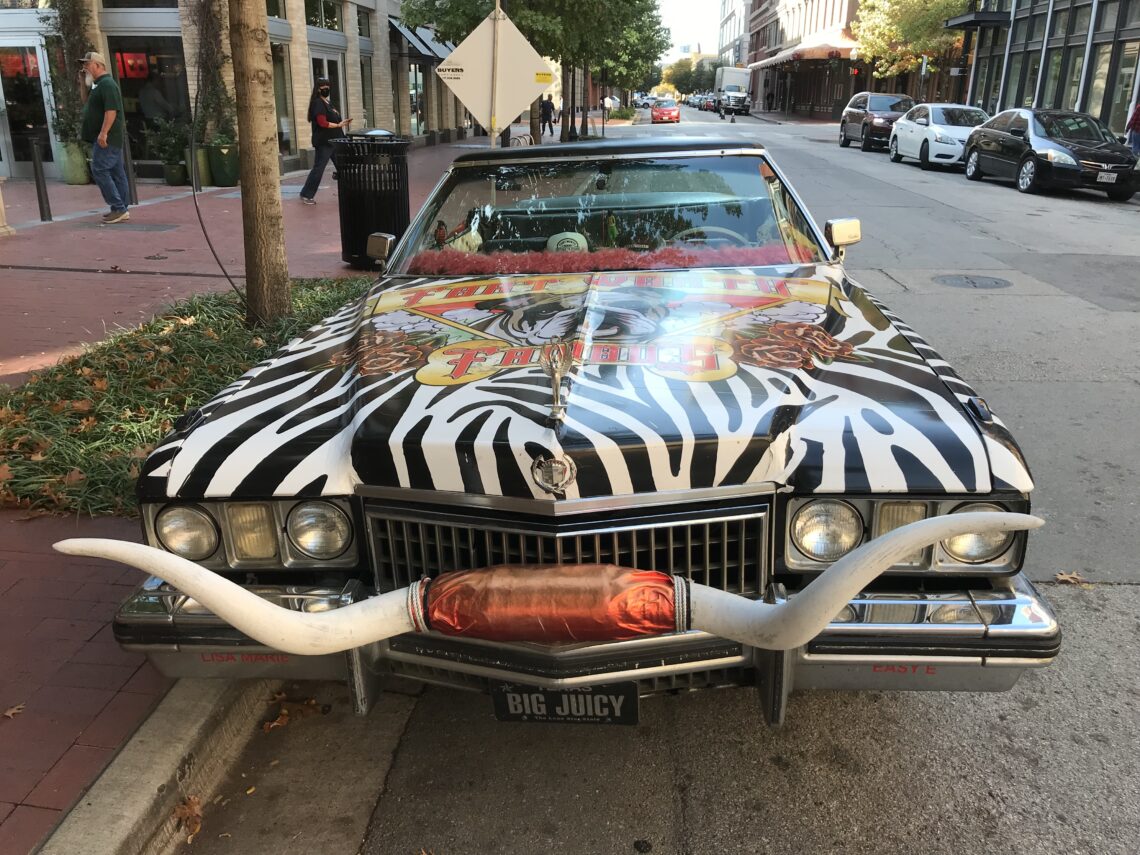 Last week, I went to Fort Worth Texas to present a paper, listen to some eminent scholars, and meet old friends. Here’s my report:

My Paper: I read my paper on the scope of the imagination in providing evidence for beliefs. There are two groups of people on the topic, optimists and pessimists. Optimists think the imagination can serve as evidence for all sorts of beliefs including moral judgments, empirical beliefs, and acquaintance beliefs. My twitter profile is presently an illustration of Puddleglum, so you can tell my position on the subject.

The first included the boisterous character of Gary Habermas. I thoroughly enjoyed his facial expressions whenever anyone disagreed with him. Nonetheless, the session failed to sufficiently address what seems to me the main objection that some people level at minimal facts arguments – they fall short of providing sufficient evidence for their conclusions. The minimal facts approach attempts to demonstrate that the resurrection occurred without appealing to the reliability of the gospels. However, according to those who object to the argument, the minimal facts lead one to conclude something slightly short of the resurrection of Christ. What they show is that the apostles strongly believed that Jesus was resurrected. But by avoiding using the gospels themselves, it is possible to hold that the apostles believed strongly that Jesus was resurrected and still not believe that he was. What some, like Lydia McGrew, have pointed out is that we need a further claim to make the conclusion follow, namely that the apostles actually said that Jesus was resurrected and provided their reasons for believing that he was resurrected. In other words, we need an argument from testimony not merely from apparent belief. Nonetheless, the session included lively discussion with some eminent scholars.

The second session I attended was the discussion over Craig’s new book on the historical Adam. I have a copy and have perused it. Admittedly, I have only looked over the first section. The second section is concerned with scientific evidences and I have yet to look at it. There is a reason for this inattention: one can’t get into the scientific side of this debate without first figuring out the biblical part. And, in the case of Craig’s book, that’s were I’m stuck. I have attempted to make sense of the phrase, mytho-history, and failed abysmally. Craig thinks that the first 11 chapters of Genesis belong to this genre and, if so, the author is licensed to write figuratively. Nonetheless, the chapters are also historical, but only in ‘structure,’ containing historically accurate (although incomplete) genealogies.

If something is a myth, it tells us nothing about its truth. Nonetheless, one may write a myth that contains some form of truth such as fiction might tell us something true about human nature or moral principles. Evidently, Craig thinks this solves the problem we have with Genesis 1-11. But as a very talented theologian I had never come across before, Hans Madueme, pointed out, what parts of the narrative one treats as figurative keeps coming down to what one finds obviously (literally) false. But why think it is false (literally speaking)? For myself, although the events of the first chapters are certainly miraculous, I don’t find all of them to be obviously false (in a literal sense) even though one has to be careful to avoid being too literal.

Unfortunately, the room was so packed I only made it half way through the session, so I didn’t get to hear Craig’s replies. Actually, I really wanted to attend the meeting on the Chicago Statement on Inerrancy, but couldn’t get into that either because it was so packed. Shame.

The final session I went to was given by Lydia McGrew. The McGrews–both Tim and Lydia–have been offering a somewhat different angle on several issues. My own encounter with their work began when I decided to read lots of opponents to Alvin Plantinga’s theory of warrant. I began by reading the works Plantinga interacts with in his series and then moved on to read responses. Many of us Christian philosophers were so impressed with Plantinga’s work that we failed to ask whether we really think he is right on everything. I decided to find out for myself and came to the conclusion that he is right on many things but not on his externalism. So I’ve adopted a species of evidentialism. Tim and Lydia’s book was influential in my development of an epistemology. After reading their work, I moved on to read Lydia’s work on the gospels. Lydia has three books out on the topic and presents a strong case for the historical reliability of the gospels. I found it highly persuasive and have been carrying out a rudimentary attempt at a harmony of the gospels as my Sunday school project ever since.

Lydia’s talk was on John’s propensity to include components of his gospel that indicate he is genuinely writing from memory and not always attempting to careful construct a theological treatise. In other words, when a pastor works through the gospel, he will find that not all of it will preach. Her examples include all sorts of passages which John leaves some occurrence unexplained or not linked to anything else in the passage. Enough of these sorts of passages, and one has evidence that John is not making this up. It all really happened! Having read enough of these examples and heard them from Lydia, I am even more persuaded of the historical reliability of the gospel of John.

What else happened in Texas? Well there was one thing for which I am praising the Lord. Just as I was on my way to my venue to read my paper, I noticed my professor from TEDS, Dr. John Feinberg. Now, you should know that Dr. Feinberg has been an immense influence on my life. So much so that I find myself returning to his books, lecture notes, and various writings over and over, attempting to glean every last gem of wisdom. Further, I have found myself with a deep affection for my teacher. I often pray for him and his wife. I also have written to him a few times to give him updates about my life. Now, Dr. Feinberg is a very busy man and I didn’t expect a reply. Still, I have wondered if I’d get an opportunity to see him again. When I hear that he had retired, my hope faded a little. But there he was at ETS.

I hoped to get a moment with him, but he was talking to someone else and I didn’t want to interrupt, so I went to my venue to get ready for my session. To my amazement, in he walked and sat down! We talked before and after my session. He gave me an update on his life, writing and caring for his wife who suffers from Huntingdon’s disease. I was so glad to have this opportunity to catch up with him. I am looking forward to future correspondence.

I should also mention a session I went to hosted by SEBTS. During the event, some awards were given in appreciation to outstanding scholars, one of which was Dan Wallace. Now, I don’t pretend to know more than most about Dr. Wallace apart from: he publishes textbooks on Greek. But his keynote address will stay with me for many years to come. During his address, he told his story. What emerged was one of the more humble scholars I have encountered. He told of his quest to learn Greek, how he failed the first time, tried again, and eventually became well known as a greek scholar and published his well known text book. What he told us next was powerful: Dr Wallace suffered a serious bout of hydrocephalus. It was debilitating. One thing it took from him was his Greek. He told us that he recovered to some degree and was able to keep teaching. He told us that sometimes he was re-learning the language alongside his students and doing so from his own textbook! What took me aback was thinking about what this must have been like. How could he go on? Wouldn’t he want to give up? But he didn’t. He just kept trusting the Lord. That takes humility. But Dr. Wallace was filled with praise for his God despite such sufferings.

I saw a couple of other friends from my undergrad years. Dr. Bill Marty, who taught me both Old and New Testament survey, and Dr. Bryan O’Neal, who got me started in the primary readings of philosophy, were both there, attending sessions. To those men, I owe a great deal. To the Lord, I am ever grateful.

Oh, and the featured image for this post is of a car I saw in Fort Worth. It is featured in the second series of Tiger King. I met the owner, Eric Love, a man who also features in the show! 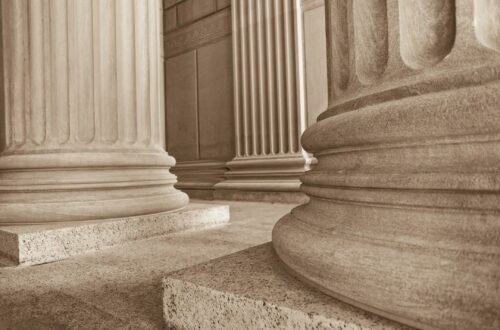 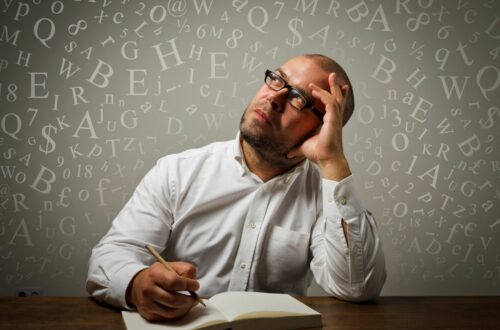 Have You Thought About That? 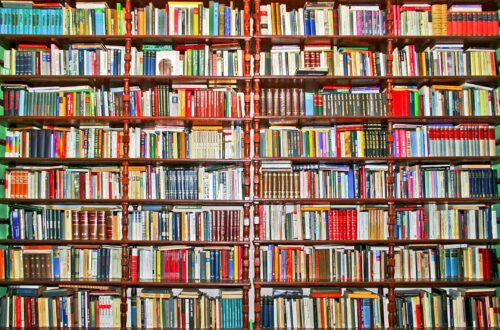