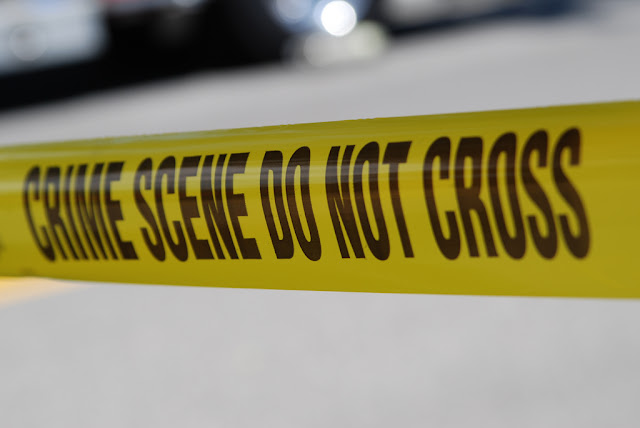 In clear-cut cases of crime, terror, and other instances of wicked human behavior, you’d think we’d all be on the same page. But we’re not. We argue over it, especially if we talk politics.

It seems we can all call something bad, but when we talk about what we or the government should do about it, we can’t agree. Why not?

The answer is fairly simple and comes down to our views of human nature. In other words, the argument is not primarily political but a question of worldview.

Consider any event in which a person has done some immoral action. Now, consider why the action was taken. What is the explanation for the action? You will probably pursue one of two lines of thought. Either you will find no further explanation necessary – a person commits a crime because the nature of human beings includes the property of being highly prone to evil actions or you will seek an explanation outside the agent in question, some feature of their social fabric or other environmental factor.

To inquire about motive is not necessarily to attempt to explain an action. A motive for an action is an emotion or desire that incites an agent to perform some action. For example, a desire for companionship may incite a person to steal a cat. The desire for companionship serves as a motive for the crime. However, motives don’t usually serve to cause crimes. One may be motivated to tell a lie by a love of approval, but a love of approval isn’t sufficient to cause anything.

In contrast, to seek an explanation for an action is to seek a sufficient cause of an action. Those attempting to explain the actions of an evil-doer outside the evil-doer are often looking for an explanation for the action that lies either in some environmental or psychological factor. Even when a psychological explanation is sought, the explanation serves only as a means by which one might discover a further, more fundamental, environmental factor. An assumption of this view is that the fact that human agents often carry out evil acts is not sufficient to explain their evil actions. There must be some further factor, some detail about the evil-doer’s background, social group, or health, that is a sufficient (or jointly sufficient) cause of the action.

Those who either leave it at that or wonder about the motive generally don’t require an explanation for the action that is beyond (i) the motive and (ii) the fact that it is carried out by a human being. What else is there to explain? People have been doing wicked actions ever since there have been people. Notably, for those who think this way, the explanation for the action lies primarily within the agent. In which case, it is not strictly true that no explanation is required. It is rather the case that no explanation beyond the agent is required to explain an action.

Consider the recent assassination attempt of a republican lawmaker. If, upon learning of the incident, you turned with ease to find an explanation among the rhetoric of left-wing leaders, pundits, and their Hollywood allies, then you are probably prone to seek environmental explanations for evil actions. If, on the other hand, you require no more explanation than the fact that the perp had priors and hated republicans, then you are of the former type – wicked acts of people are explained not primarily by factors external to the one who carries out wicked actions, but primarily by the person himself.

Many political debates about crime, terrorism, and rogue states can be reduced to a difference of perspective on this point. If one thinks that there is some explanation for an evil action that lies outside the person who carried it out, then you will think that changing the environment of potential criminals, terrorists, and enemies will change the kinds of actions those people will perform. It will also provide the basis for criticizing the opponent based on the idea that the opponent’s plan will turn out to be one of those causes of crime.

Consider John Kerry’s response to a terror attack on the streets of London. Kerry displays a commitment to an external explanation for terror. First, he says that homegrown terror can be explained by the isolation of Muslim communities from society. Then he claims that President Trump’s immigration policies will only provide fodder for the terrorist canons. Both these statements assume that the fact that people do evil things due to some internal factor is insufficient to explain those evil things. Neither human nature nor the expressed motives of the terrorists’ actions are enough for John Kerry. For him, there must be something else.

Christians generally hold to this view for theological reasons. We think that it is part of human nature to have a propensity to commit wrong actions ever since Adam and Eve rebelled against God in the garden of Eden. One could also hold to this view for empirical reasons – there is no evidence of any culture existing at any time in human history that have been free from wrong actions. One might infer from this that there is some feature of human nature in virtue of which human beings commit wrong actions.

There is one other view worth discussing – genetic determinism. Ferran Suay, Professor of Psychobiology at the University of València, argues that we should not seek explanations for human behavior in environmental factors but in genetics:

nobody will deny that we walk on two legs or have a hand with an opposable thumb because evolutionary pressures have shaped our anatomy in this way…But the situation is very different when we apply the same principles to the study of human behavior. In this area, there are scientists prepared to deny any genetic influence whatsoever. Some will say instead that behavior is wholly the product of social and environmental variables. Others will try to consistently minimize the explanatory power of genetics.

Suay argues that academics should apply the same conclusions about how we got our bodies to things of the ‘ought’ nature. Not to do so is just unscientific. Scientists are perfectly capable of telling a coherent tale about genetic determinism, but when it comes to explaining human behavior academics fold and start appealing all sorts of things like social conditioning:

Why should the same logic not apply to human behaviour? Let’s take physical aggression, for example—the tendency to impose on others through coercion. Didn’t aggressive individuals enjoy (some) reproductive advantages? Didn’t the most aggressive males climb the hierarchy of social groups thereby enhancing their ability to attract resources and mates? Didn’t that privilege the transmission of aggressive genes to the next generation?… However… this trait is not a universally accepted product of evolution. Instead, it is a response to social conditioning, such as patriarchal education, the nefarious influence of the media, or the excessive availability of violent video games. In this scenario, miraculously, evolutionary pressures have no part to play, and the socio-environmental, psychosocial, or psycho-socio-environmental variables are the sole determinants of behavior.

Suay’s point appears to be that genetics provides a comprehensive explanation for human behavior. Though Suay’s view points to the nature of the person performing the evil action, it is couched within an evolutionary model. It is consistent with the view that human behavior can be explained without reference to God and human rebellion. However, if so, then there is no explanation of human moral behavior – behavior, yes, but not of failure to meet moral obligations. Indeed, to take Suay’s view seriously would entail considering past immoral actions as good actions if those actions also further the survival of the species. A past murder that served a species advancing purpose would be a morally praiseworthy murder. And even this is a stretch for it is not clear that any action could be subject to any moral judgment. What grounds for moral judgment would be possible in a world in which genetic mutation is the explanation for all human behavior? Indeed, on Suay’s view, moral judgment is a species of human behavior and therefore determined by genetics and not by any objective moral standard. But a gene can no more be an objective moral standard than a number can be a motion.

Perhaps Suay is right – genetic determinism is more consistent with a non-theistic (if, indeed, this is what Suay has in mind) evolutionary explanation. However, while it might explain behavior, it cannot do so without abandoning any grounds for moral judgment of any behavior. So, there is a good motive for inconsistency on the non-theist’s part.

When having discussions about foreign policy, criminal justice, and social policy, it is worth getting to this fundamental difference before one attempts some pragmatic discussion about what policy might achieve a common goal. It may not be resolved, but it will help us not to talk past each other. It is also much more valuable to argue about fundamental questions of worldview than about policy.

I have previously argued that the view that human beings are basically good is a flawed view (see here).