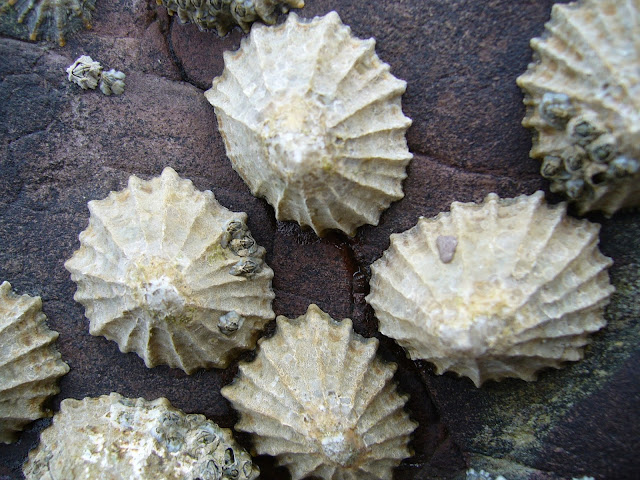 When I was 13 I went to an adventure island off the coast of Scotland. We climbed mountains, fished, and were taught survival techniques. The big challenge of the trip was to be abandoned on a small island for a night with nothing but a pair of billy cans, a lighter, a plastic sheet, and some flares in case of emergency. My friend and I made our bivouac and then went in search of food. Dinner was to be heather tea and limpets. Limpets are large volcano shaped mollusks attached to rocks. To get them off the rock you have to pull them off quick (sometimes by kicking them). If you fail to remove it on the first tug, you’ll never get it off. This is because they tighten their grip on the rock with their teeth and those teeth are the strongest natural material in the world:

Their tiny, millimeter-long teeth are now the record holders for the world’s strongest natural material, according to findings published in the Journal of the Royal Society Interface this week.

Those teeth are like the faith of a believer. The more you try and pull it off its rock, the stronger the teeth will grip. And those teeth are God-powered: the strongest things in the world.

That’s the point of Peter’s letters to the persecuted church. The strength of one’s faith, like a limpet, actually gains strength in times of trouble. Ridicule directed at believers should wrench it free; instead, it merely makes it stick stronger to the Rock on which it sits. Believers are…

protected by the power of God through faith [Rock-sticking teeth] for a salvation ready to be revealed in the last time (1 Peter 1:5).