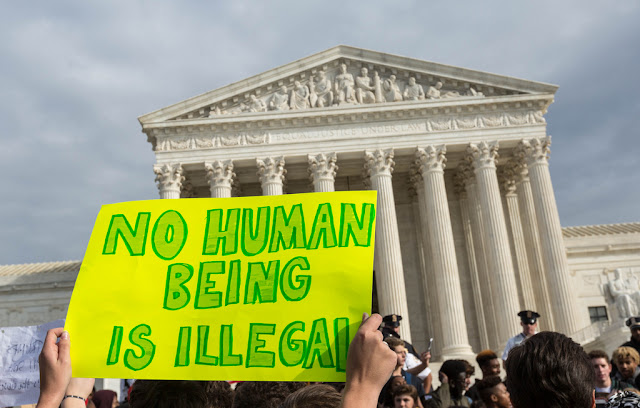 Pre-mods generally thought of human beings as a kind. Humans have a nature; they are ‘rational beasts’ or embodied souls. Mods were not so concerned with human nature; they were more concerned with what we could know and how we could know it. According to mods, we are thinking things or blank slates. In the twilight years of the Enlightenment, Hume cast doubt on whether there was such a thing as human nature. Aren’t we all just a bundle of experiences? The first generation of post-mods agreed with his conclusion and suggested that we are all social/linguistic constructs at best.

The most recent generation of post-mods found such skepticism dull. Consequently, they sought to mix some pre-mod in with their view. According to the new post-mod, we have natures but they are not species wide. There is no human kind. At least, if there is such a thing, it is irrelevant. In its place, there only kinds of humans, humans with innate identities known through introspection or observing the kinds of actions we perform. As Fiona Cowie says,

Today, “Nativism Rules, OK”… Features as diverse as scholastic performance, sexual orientation, violence… poverty, alcoholism… susceptibility to diseases, sexual mores, the desire to rape women, the attainment of concepts, language use, even attitudes toward divorce and religion–features that were formerly held to be substantially under environmental control–are now routinely claimed to be largely, if not wholly, innate.

Part of our moral discourse relies on what we think we are. Thinking that there is a human nature leads a person to believe that there are ways of living that are appropriate to that nature. If so, then all people are obliged to live according to it. This was the view of the founding fathers. Rights were species-wide, universally applicable, nationally protected.

Thinking that there is only my nature or your nature will lead one to think that the appropriate form of life for a person is determined mostly by the nature of that person. When we Christians indicate that a form of life is immoral, our message is received with scorn. Why? Well, if one’s moral compass is rooted in the view that one should live according to one’s nature, it is immoral to oppose it. Consequently, assertions of universal morality are greeted in the same way we might greet a Nazi. This is self-refuting, of course, since it assumes that there is at least one universal moral law.

There is another consequence of the view. When we praise something for a good life, we generally think of that life having exhibited many of the good qualities of its kind. A human being is praiseworthy if he or she displays great characteristics and those characteristics are characteristics appropriate to being a human.

A contemporary post-mod rejects the basis for such praise. A person is not praiseworthy for exhibiting characteristics appropriate to human kind since either there is no such thing or it is irrelevant. Instead, a post-mod will suggest that a human is praiseworthy if that human lives maximally according to the nature she has. Of course, due to the subjectivity of the knowledge of her nature, she must inform the world of the nature she has. When she has done so, she is worthy of praise when she acts maximally according to that nature.

Consequently, the rest of us are required to be ‘warm’ or ‘affectionate’ toward one another as we attempt to live according to our natures. This is often interpreted as the maxim: we must cheer each other on no matter what the nature we have. Enter Facebook likes.

The new nativist post-mod wants to construct the world around herself no less than the old empiricist did. All that has changed is that there is some supposed truth-maker found inside a person, a truth-maker, mind you, that only one person can get at. But what is it? A desire, an idea, a feeling of some sort? Though the new post-mod appears to adopt some of the pre-mod view, she cannot adopt its epistemological justification for it. Whereas a pre-mod justified his views on the basis of publicly observable evidence or rational inferences, the post-mod has no such recourse. She appeals to inner feelings, which are only privately accessible, but feelings don’t have truth values.

Furthermore, the pre-mod identified entities according to kinds (at least, those of the Aristotelian variety). But the new post-mod cannot self-identify as anything unless she has knowledge of the kind of thing she identifies herself as. In other words, the new post-mod’s theory is parasitic; it is only plausible if one assumes realism about kinds–the very thing she wishes to deny.

Mind you, one might object to the pre-mod view on a similar basis. What accounts for knowledge of kinds? How do we know a carrot is primarily a kind of food and not a kind of snowman’s nose? The pre-mod had (and has) one sure ground for his knowledge – theism.

Theism is at least the view that God designs the world according to his purposes and equips its creatures for species-specific knowledge. Human beings are uniquely equipped to discern what’s what in the world according to the properties which it possesses. What theism possesses as a worldview is the resources for a kind-determining being. Things are of the kind they are due to the all-determining mind of God. In contrast, the new post-mod, in as far as she rejects any such being, must posit some other kind determiner–herself.

The above picture is not supposed to support any view of immigration policy. I thought the sign was relevant and could be adapted to say, “No way of being human should be illegal”