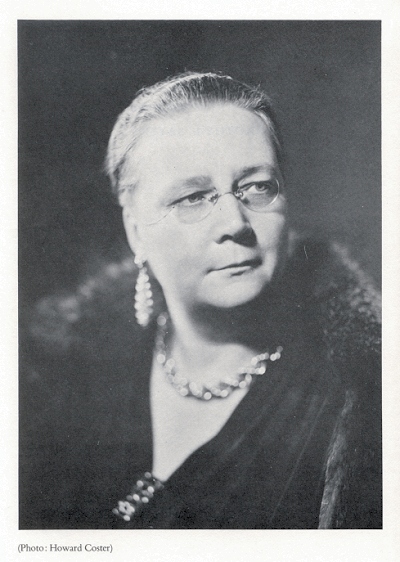 Civilization is, in large part, indebted to its elders who built a vast mountain of intellectual and practical capital. We all rely on it to some degree. In my studies I am utterly indebted to previous work. And there is a ton of it. Though I have only scratched the surface I am aware of the vast capital of those who went before me. I could barely utter a coherent thought if it wasn’t for the hard work of thinkers who blazed the trail. And none of them did it without start up funds from their teachers.

The trouble with capital is that you can quickly run out.

Dorthy Sayers argued in 1947 that we are quickly spending our capital, an accumulation of learning we inherited from our forbears. As my old man used to say (and, in this case, he said it about money): “you can do what you like with the income, just don’t spend the capital.” Sayers gracefully argued that one day we’d run out. Dot and Dad would’ve got on very well:

One cannot live on capital forever. However firmly a tradition is rooted, if it is never watered, though it dies hard, yet it in the end it dies… We have lost the tools of learning—the axe and the wedge, the hammer and the saw, the chisel and the plane—that were so adaptable to all tasks. Instead of them, we have merely a set of complicated jigs, each of which will do but one task and no more, and in using which eye and hand receive no training, so that no man ever sees the work as a whole or ‘looks to the end of the work.’

I am not an expert in the state of western public education, but I have my ear to the ground and what I keep hearing is worrying to say the least. I read a post the other day by a professor who wrote:

My students are know-nothings. They are exceedingly nice, pleasant, trustworthy, mostly honest, well-intentioned, and utterly decent. But their brains are largely empty, devoid of any substantial knowledge that might be the fruits of an education in an inheritance and a gift of a previous generation. They are the culmination of western civilization, a civilization that has forgotten nearly everything about itself, and as a result, has achieved near-perfect indifference to its own culture.

Deenan argues that education has been running on fumes and is fast veering into a siding, out of gas.

I wondered what we should do. Here are some suggestions:

Invest in Privileged Content. I grade for a Christian college. The college insists that everyone be well versed in foundational reading. What they mean is a set of texts that contain significant ideas that have held sway in history. In other words, they are privileged texts, texts that ought to be read because they are better than other texts.

In our world of hypersensitivity no text is supposed to stand out, but that is nonsense. Texts privilege themselves, they stand high. Texts that we shouldn’t privilege squander words, paper and time. Privileged texts are recognizable. The only thing that diminishes them are political sensibilities that tell you that to privilege one text over another is to be a bigot or to somehow marginalize anyone who does not share the cultural history of the author. “Can’t read that old guy ’cause he’s just so western, and he was rich wasn’t he?”

Of course, if you want to know how to really privilege a text you should join me at church this week.

Bank it for our Progeny. A long time ago in the west we forgot all we had learned. I should say we nearly forgot. There were some heroes who stored away and protected learning until such a time as the culture, from its desperation, came knocking. We call this age the Dark Ages and, due to a few good men, a candle was kept lit.

I think we may need to do the same. Christian learners especially need to store and pass on great works to the next generation. The downside to this is economic. We won’t make a lot of money doing it. The incentive to invest time in preserving capital is going to be as low as it gets. The rates are as low on intellectual capital as they are on the average checking account. Indeed, we will probably need skill sets on top of learning just to stay afloat. It will be like doing overtime with no pay. The people who will reap the benefits are in a future generation who will thank us like we thank the monks who spent their lives copying manuscripts just when reading went out of style. It will be the ultimate pay it forward.

Play the Market of our World. Education isn’t designed to be hoarded away under the mattress. It should be given away. Intellectual capitalists who fail to speculate will die on their cash-hoard. So while we can give it away to others we should be generous with knowledge.

Some of the emerging markets for risking one’s capital are homeschools, blogs, youtube, self-publishing, and private tuition. Some offer rewards, others offer just the slight chance that something you pass on will stick and there will be one less tool lost. I am not the greatest of academic minds. In fact, I often wonder why God would put a dyslexic school failure into a Ph.D program. But if I know it, I’ve got to say it. For the time being, you, my dear reader, are who I talk to about what I have learned.

Prevent elitism and snobbery (or “crony intellectual capitalism”). I say this because I think many people who consider themselves uneducated feel looked down upon. Consequently, sometimes they react by saying “who needs all that stuff. I’ll just focus on practical things.” Learning, reading, and thinking should not be a cause for snobbery.

It is true that education can produce snobbery. There is a strange relationship between the level of one’s degree and the direction one’s nose points. But snootiness about education is self-defeating. The purpose of education is the good of others and the glory of God. Looking down on the very person for whom one was educated is self-defeating to say the least.

The Lost Tools of Learning by Dorothy Sayers