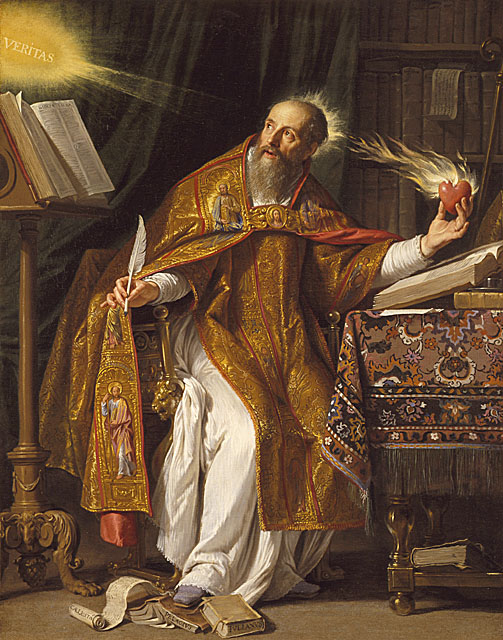 If you tell a lie, you commit an immoral act. But what if you just believe something that turns out to be false? Is that evil? Augustine thought so. He didn’t think an intententional lie was the same as an unintentional false belief but both are evil. How so? Surely a mistaken belief isn’t evil, is it? Augustine distinguished between moral evil and metaphysical evil. Augustine thought that to believe some false proposition may not be a sin if it is believed unintentionally, but it is nonetheless a metaphysical evil, a lack, or a corruption, of the good. Lying, on the other hand, is a moral evil since it is carried out intentionally.

Augustine’s view of falsehood and lying derived from his theological vision. For Augustine, God is supremely truthful: He is truth and, consequently, internally harmonious. Therefore, for creation to function properly, it must function in harmony with its creator. False beliefs are contrary to the thoughts of God, to his design for the world and, consequently, a corruption of the good.

Augustine thought language was designed as the expression of truth that is held in the mind through assenting to true propositions. That’s how he set the world up. There is a fundamental harmony of truthful thoughts in God that are grasped by human minds and expressed through human language. When a human being believes something false, his or her assent is wrongly used, it fails to work as it ought. What is a good created entity has failed to work as it should, a good thing has gone bad. Crucially, this happens to us all the time: we mistakenly believe  all sorts of falsities. And since any false belief is a failure in Augustine’s sense, it is an evil.

An intentional lie, on the other hand, is an evil in the metaphysical sense, but also a moral evil, a sin against God’s moral law. In other words, a belief might be false and, therefore, an evil, but when it is known to be false and expressed anyway, it is sin:

Every lie must be called a sin because a person, not only when he himself knows what is true but also when he errs and is deceived, being human, must say what is in his mind, whether it is true or he only thinks it is true when it is false. But everyone who lies speaks contrary to what is in his mind, with the intention of deceiving. Words were surely instituted not so that people could deceive each other with them but so that each person could make his thoughts known to another. So, to use words for deception, and not for what they were instituted, is a sin. (Augustine, in the Enchiridion).

A feature of language is its proper function – to tell the truth. It was designed to express true propositions. Our thoughts, according to Augustine, should be after, should follow, God’s thoughts. Loving the truth and hating falsehood, therefore, is to love God and hate evil.